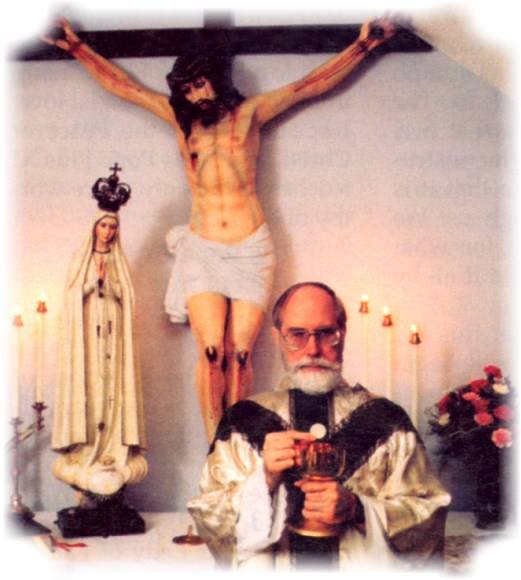 The Mission of The Fatima Center

The Mission of The Fatima Center

Our founder, Father Nicholas Gruner, described the purpose of Our Lady’s Apostolate: “Our mission is to ensure that the entire Message of Fatima is fully known, accurately understood, and deeply appreciated so that it may be followed by all.”

The Fatima Center has been faithful to this mission for 39 years now.

Our Lady made it clear that the Message of Fatima is the ONLY solution to the crisis in the Church and the world.

The Fatima Center is the only Fatima Apostolate that has stood for the ENTIRE truth about Fatima since its inception. While other Fatima groups proclaimed that the Consecration of Russia was carried out by Pope John Paul II in 1984 and the Third Secret was fully released by the Vatican in 2000, only Father Gruner and the Apostolate founded by him stood for the truth.

Father Gruner always said that the Message of Fatima is a message meant for EVERYONE – for all Catholics, certainly, but also for non-Catholics. Father would meet with and speak to any person or Catholic group – even those he disagreed with on other key issues – if he thought he could get them interested in the Fatima Message. Once the Fatima Message was understood, Father tried to get people to live it, by praying (especially the Rosary), making sacrifices, completing the Five First Saturdays’ devotion, wearing the Brown Scapular, and living a Catholic life.

To help people understand and live the Fatima Message, since 1978 The Fatima Center has published 119 issues of The Fatima Crusader magazine, created websites in multiple languages, and given away over one hundred million pieces of literature – instructional and devotional books, booklets, leaflets, and pamphlets. Our publications are relied upon and very often cited by others who write on the Message of Fatima. We have also helped spread devotion to Our Lord and His Blessed Mother by giving away tens of millions of rosaries, Brown Scapulars, and prayer cards.

Our mission makes our apostolate completely unique. We are the only Fatima apostolate dedicated to proclaiming to EVERYONE the ENTIRE truth about the ONLY solution to the problems besetting the Church and the world. Father Gruner gave us this mission and we owe it to Our Lady, to Father, and to our supporters to stay completely focused on it until it is accomplished.

Sadly, it seems there are some misguided people, under the guise of Catholic Tradition and proposing themselves as experts of some sort, who are now attempting to draw The Fatima Center away from its mission or suggesting that we no longer stand for the full truth. They want us to weigh in on controversial issues that are hotly debated within the Church today about which Catholics of goodwill can disagree. They want us to do something Father Gruner never did, which is to criticize certain people – even clergy – or groups that have recently proclaimed the truth about issues related to the Fatima Message, simply because these persons have not yet come to the truth about the whole message.

The Message of Fatima clearly comprises knowing and living the Catholic Faith and defending the rights of Christ the King and His One, True Church. The Fatima Center takes its responsibilities in that regard very seriously. It is why, for example, as part of our ongoing Triumph 2017 campaign we recently distributed more than 100,000 copies of this wonderful Catholic Catechism. It is why we routinely raise concerns about the actions of certain priests and bishops – and, yes, even the Pope – on our webpages and in our publications.

Not every fight is our fight, however, and we would become hopelessly sidetracked and waste the precious time and resources God has given us were we to engage on every controversial issue of the day. Besides, Our Lady of Fatima has given us the solution to the issues upon which our critics wish us to address – a solution that takes us right back to our mission: the Consecration of Russia to the Immaculate Heart of Mary.

Father Gruner believed that the Consecration will only be accomplished when a critical mass of people come to understand the full Fatima Message and live it out in their daily lives. Helping people do just that is the work The Fatima Center has always done and continues to do.  We will not be sidetracked from that work by the fruitless rhetoric of our critics. Our work is the best thing we can do for our critics, supporters, the Church and the world because it is Our Lady’s work and only She can help us.

May Her Triumph come soon!