Has The Crusade of Fatima Failed? Part 1

Has The Crusade of Fatima Failed?

by Edward A. Newnam

“A vastly serious omission: The failure of Fatima enthusiasts to stress the horrible alternative to acceptance of the great message.”

Despite the torrent of literature that has poured from the presses on the great miracle of the sun and the events which preceded and followed it, the Catholic world has shown an amazing indifference to the plea of the Mother of God for prayer and penance. Indeed, if a survey were conducted to measure the percentage of response it is safe to assume that the number who could testify to having even given the subject serious thought would be sad to contemplate …

The excessive curiosity of many who seemed to await with eagerness the news of the revelations contained in the missive deposited with the Bishop of Leiria-Fatima by Lucy, and which was not opened until the year 1960, seemed to prove a hindrance to the proper application of the Fatima program, for in their frantic effort to grab at the least inkling of the contents of the secret letter, many of these misguided souls took no notice of the real warning sounded by Our Lady and already revealed by the hierarchy. 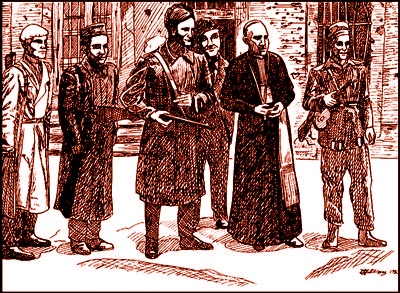 Our Lady of Fatima said Russia (atheistic Communism) would raise up wars and persecutions against the Catholic Church. We see an example of this in the cruel torture and long imprisonment of the heroic confessor of the Faith, Cardinal Mindszenty.